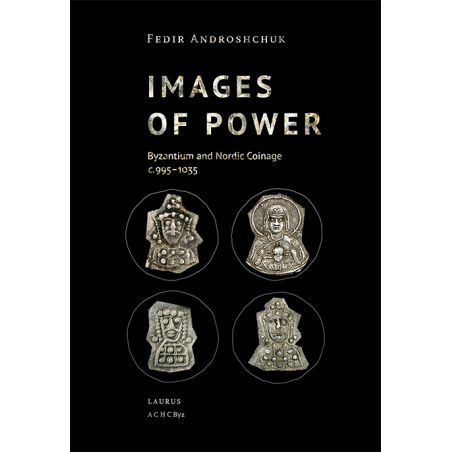 There is a well-known aphorism that states: ‘Imitation is the sincerest [form] of attery’. Of course, this might be true, but adoration, admiration, idolatry and envy are just some of the other traditional reasons for copycat behaviour. Surrounding cultures regarded Byzantium as a successor of the Roman Empire as well as an economic, social and cultural capital. This is supported by archaeological evidence in the form of Byzantine gold coins, amethyst beads, silk and jewellery dating from the sixth to eighth centuries AD. Most of this material derives from two areas: Middle Sweden and Gotland. Many objects are from richly furnished graves, the burials of individuals who enjoyed a distinctive, high-status social position in society. Clearly the Empire had been viewed as an exemplary aristocratic centre and was worthy of imitation by local Scandinavian elites. In the eleventh and twelfth centuries both original Byzantine objects and their copies circulated in Scandinavia. The copies included some types of glass beads, crosses, vessels and circular pendants as well as coins.

The idea of reproducing a certain Byzantine prototype could have emerged both while visiting the Byzantine Empire and after returning home. It may also have occurred to individuals who had never been to Byzantium but had adopted a certain oral narrative or received visual information from a native or perhaps a visitor to Greece. The role of intermediaries should not be underestimated, and needs to be investigated. These were the translators of Byzantine culture who helped to explain the social world of the centre for those on the periphery in a comprehensible language of symbols. Such translators included single individuals of Scandinavian origin living among the Greeks and local Scandinavian interpreters of available Byzantine prototypes.

It is possible to distinguish two main kinds of imitations. The rst comprises direct imitations, i.e. copies of the original with smaller deviations such as slightly misunderstood decorative details and/or inscription. We may suppose that the producer of a direct imitation was aware of both the function of the object and a customer’s cultural background. It is also possible that the maker understood the language of symbols and the place of the imitation manufactured in the hierarchy of surrounding objects. The second category is characterized by derivative imitations – objects that correspond only partly to prototypes. Sometimes they combine traits of quite di erent prototypes. In this case, the producer is unlikely to have understood the original meaning of the copied artefact, and in e ect actually created a completely new object, strange and possibly even unrecognizable in the context of its prototype. Here we come to a central question, the crux of this study: how should an imitation be interpreted in the milieu of its prototype? Could it be considered an original?

In Byzantium the discussion about the relationship between an orig- inal and a copy has developed within theological disputes on the vener- ation of holy images. St John Damascene de ned this issue in the fol- lowing way:

First, what is an image? An image is a likeness, an exemplar or a gure of something, such as to show in itself the subject represented. Surely, the image is not in all respects similar to its prototype, i.e., its subject; for the image is one thing and the subject another, and there is necessarily a difference between them...

Thus, it seems that a copy, or likeness, is not an original or a prototype. The Byzantines seem to have been aware of this di erence, but what was their view on visual messages transmitted by an imitated object? The observations of St Theodore the Studite are revealing in this re- spect:

Every arti cial image is a likeness of that whereof it is the image, and it exhibits in itself, by way of imitation, the form of its model, as expressed by Dyonysius, learned in divine things: the truth in the likeness, the model in the image, the one in the other, except for the differences of substance. Hence, he who revers an image surely revers the person whom the image shows; not the substance of the image, but him who is delineated in it. Nor does the singleness of his veneration separate the model from the image, since, by virtue of imitation, the image and the model are one...Or take the example of a signet ring engraved with the imperial image, and let it be impressed upon wax, pitch and clay. The impression is one and the same in the several materials which, however, are different with respect to each other; yet it would not have remained identical unless it were entirely unconnected with the materials...7

Judging from this explanation there is no di erence between prototype and imitation for an iconophile. That means that all direct imitations might be viewed by the Greeks and other Orthodox Christians as Byz- antine objects. In such a way visual messages transmitted by imitations become crucial criteria for their acknowledgment and acceptance. If the visual messages were executed in a proper and correct way, they should be considered and understood by the receiver as original information.

Where coins are concerned, however, how can we draw the line be- tween imitation and forgery? Indeed, within the borders of a given country imitations of low quality can be considered forgeries or local issues of coinage. Very few examples of imitations of coins have been traced within the territory of Byzantium. Those that are known are lim- ited to crude-styled imitations of gold coins struck in southern Italy and Sicily in the ninth century as well as copper folles minted in Asia Minor and Syria in the eleventh and twelfth centuries.

Your review appreciation cannot be sent

Are you sure that you want to report this comment?

Your report has been submitted and will be considered by a moderator.

Your report cannot be sent

Your comment has been submitted and will be available once approved by a moderator.

Your review cannot be sent