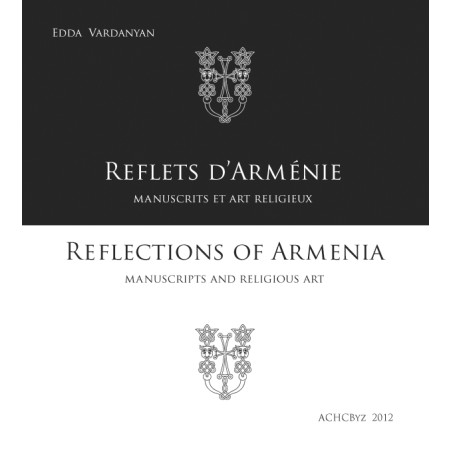 “Armenia my friend” was the handsome title given to the numerous events organised in both Paris and other French towns during 2007, when France celebrated the Year of Armenia. This celebration enabled the people of France to discover and rediscover the great richness of Armenian culture and civilisation.

The Scriptorial of Avranches, the leading museum of manuscripts of the Bay of Mont-Saint-Michel opened its doors in August 2006. Since then, it has organised a number of temporary exhibitions on its preferred themes - writing, calligraphy, the art of the book and sacred art, always in a spirit of open dialogue and international exchange.

We are now happy to present our exhibition, “Reflections of Armenia: manuscripts and religious art”, the felicitous result of several fruitful and unexpected meetings. When compared with the vast heritage of Armenian art dispersed throughout the world, the fifty objects on show might appear modest. But, aided by the invaluable scientific research of the curator of the exhibition, Edda Vardanyan, the main intention behind this event is to bring to the public’s notice the sacred art conserved in the Armenian Museum of France (Paris), a collection which reflects the profound and moving attachment of the members of the Armenian Diaspora to its county’s heritage and culture. The pieces exhibited, which include liturgical objects and silver and gold-ware, as well as manuscripts written on paper and parchment, prayer scrolls and pastoral letters, and numerous other treasures from the Armenian Museum of France, form part of the Nourhan Fringhian Foundation, directed by Frédéric Fringhian. Manuscripts occupy pride of place in our exhibition, and we are grateful to the Bibliothèque Nationale of France for their most valuable contribution of eight Armenian manuscripts, works that will help visitors to appreciate both the variety of Armenian Gospel Books and other liturgical works, and the diversity of schools and styles of illumination. We are indebted to Mme Annie Vernay-Nouri, the chief curator of oriental manuscripts in the Department of Manuscripts of the Bibiothèque Nationale of France, for her presentation of these manuscripts in the exhibition.

Since reflections are like games and sometimes resemble contests between light and shade, it was decided to include in the exhibition several examples of those extremely rare pieces of gold and silverware from the Abbey of Mont Saint-Michel which managed to escape being melted down during the French Revolution. Nor should we forget other sombre moments in the history of the monastery, such as “the toad in the reliquary” decried by Victor Hugo. The great man was referring to the shameful incident regarding Avendik, the patriarch of the Armenians of Constantinople. Avendik was disgracefully abducted at Chio on the orders of Louis XIV, for having thwarted the Sun King’s eastern policy. He was then imprisoned for three years, from 1706 to 1709, at Mont Saint-Michel, the “Bastille” of the seas, in the Perrine Tower, and deprived of writing materials - a crime for the prelate of a people so deeply attached to the written word.

The alphabet, writing, religion and the Church have all contributed to forging the very particular identity of the Armenian people. The writings of Professeur Jean-Pierre Mahé, a specialist on Armenia, help us make some parallels here. The Armenians call Christianity louïs havat, or “luminous faith”. Today the gilded statue of the Archangel Saint Michael, the Archangel of Light, dominates the Mont. Gregory, the most famous saint in Armenia, venerated for having converted the country to Christianity, is known as the Illuminator. He vanquished serpents just as the Archangel Michael slew the dragon. Armenian artists have always had a deep attachment to symbols. In the middle of the eleventh century, during the Romanesque period, the artist-monks from Mont Saint-Michel shaped the letters ornamenting their illuminated manuscripts in the form of eagles, lions, dragons, and real and fantastic animals, frequently considered as symbols of the universal battle between good and evil. The sacred books produced in the scriptoria of the monasteries in the high mountains of Armenia, as well as those transcribed in the fervent communities of the Armenian Diaspora present the same traits as those by the Benedictines on Mount Tombe (the ancient name of Mont Saint Michel): discretion, respect of the Holy Word and compositions with a profusion of decoration.

Most Armenian works bear the mark of those who commissioned them and sometimes of those who donated them. The colophons of Armenian manuscripts are veritable “memorials”: they inform us of the history of the manuscripts themselves, of how they were transmitted and sometimes of how they survived. The monks of Mont Saint Michel were preoccupied with the need to preserve their Memoria, and right up to the end of the Middle Ages they strove with the utmost fervour to transcribe on parchment the accounts of their foundation.

Curator of the Old Collection

Comments (0)
No customer reviews for the moment.

Your review appreciation cannot be sent

Are you sure that you want to report this comment?

Your report has been submitted and will be considered by a moderator.

Your report cannot be sent

Your comment has been submitted and will be available once approved by a moderator.

Your review cannot be sent